Zombie APIs are deprecated APIs that everyone assumes have been disabled but actually are smoldering in the dark regions of the application infrastructure. They are exploitable by new kinds of API attacks and can lead to account takeover or fraudulent transactions.

It is as important to think about how to kill APIs as it is to create them. But as with many modern consumer products, planning for their disposal sometimes comes as an afterthought. When APIs, or application programming interfaces,  are merely deprecated without being formally retired, they can become zombie APIs that rise from the dead to wreak havoc when compromised by an attacker.

Over time zombie APIs are forgotten and may not be included in regular  security upgrades. They may also become a security risk when new attack techniques are discovered. And even if they are not actually attacked, zombie APIs are like unlocked, forgotten doors  that can allow developers to inadvertently access data in ways that violate privacy mandates like the European Union’s General Data Protection Regulation.

API lifecycle management processes often focus on creating, deploying, and managing the API. Although these steps  can include discussion about deprecating an API, this often means just providing a newer API and hoping everyone migrates over from the old one.

A more technical approach to accounting for zombie APIs is covered as part of the OWASP API top 10 vulnerability list as API9:2019 Improper Assets Management.

Why Zombie APIs Refuse To Die

A zombie API is any API that has been left running, even after being replaced by new versions or other APIs entirely. Security teams tend to take an active effort in properly killing APIs when a security risk is discovered, but they may invest less attention in the process when developers are simply migrated to a newer or more efficient API.

The main reason that teams don’t drive a stake through an API’s heart outright is that such actions can hurt the developers and partners that have built apps off the API, leaving a bad taste in their mouth. Overtaxed developers may struggle to upgrade their apps to support the latest version. And sometimes older APIs are left running so internal developers don’t have yet another problem to fix.

Old APIs are also left running on test/UAT systems that still have an eventual path to exposure. Finding these dark left-behinds often comes down to using external monitoring tools, because they are generally not documented or tracked after the test.

Finally,  developers may think they turned off code using code flags, but that accidentally can get activated later. For example, Knight Capital Group suffered a $450 million dollar loss in 45-minutes as a result of deactivated old code that was accidentally reactivated in an update to the app — a zombie apocalypse of the worst order.

If APIs are not given a good and proper death, enterprises risk allowing their once well-protected door to rot open as new kinds of API attacks are discovered and shared across the dark web.

It’s important for teams to agree up front on when and why to deprecate and terminate APIs. Some common factors that can motivate an API’s replacement  include:

Security vulnerabilities should always include a hard termination date. For example, most companies made a concerted effort to kill APIs that supported the Netscape Plugin API after a security issue was discovered and users had a chance to migrate to browsers that supported HTML5.

To preserve developer loyalty it’s important to be clear about when and why you are terminating an API or someone’s access to it. The National Institute of Standards and Technology terminated its SOAP Service in 2020 after releasing a more efficient API for its vulnerability database and giving developers six months to transition. In contrast, Twitter irked many developers in the early days when it unilaterally changed many properties of existing APIs without explaining why or providing time to transition. This illustrates the delicate nature of terminating APIs in a way that keeps developers loyal. Since then, Twitter has been more communicative and clear about its API termination policies.

API developers should also consider issues around deprecating and retiring APIs even as they are built. This can guide not only how APIs are developed but include thoughts about  how notifications can be used when APIs are retired, and how to migrate developers when APIs are finally put down.

Recognizing that APIs have a shelf life is one thing but burying that technology into the ground where it can do no harm is quite another.

By planning for a proper death teams can be deliberate in reducing zombie API risk. Properly killing an API requires a bit of forethought on how to communicate with developers and partners that use the API to minimize the transition. This requires a funeral, with a precise date, maybe even a dress rehearsal, and guidance on how all involved can adjust most efficiently.

Major companies like Google and Twitter are proactive and organized in announcing plans for deprecating and finally terminating APIs. Google gives developers a year’s notice for normal terminations.

Teams need to decide how to continue management and maintenance of deprecated APIs if they continue to run. For example, Square publishes a guide to its deprecation process that not only covers APIs but changes in fields and supported endpoints.

Here are decommissioning steps to consider:

Even after your team has invested resources in killing deprecated APIs, it is worth pulling out the virtual flashlight, wandering around the software graveyard, and looking for undead dawdlers. It only takes one zombie to be reanimated by a hacker to cause a horrific day.

One good strategy is to adopt tools to programmatically inventory all open APIs running on your application infrastructure. For example, modern API observability tools can help automate this process. This audit should also be cross-correlated with existing API documentation to ensure all running APIs are documented.

If an API lacks a business owner, one should  be assigned if it is deemed to provide ongoing value to a company’s brand or business.

If not, it should be assigned to an API mortician to provide it a proper funeral. 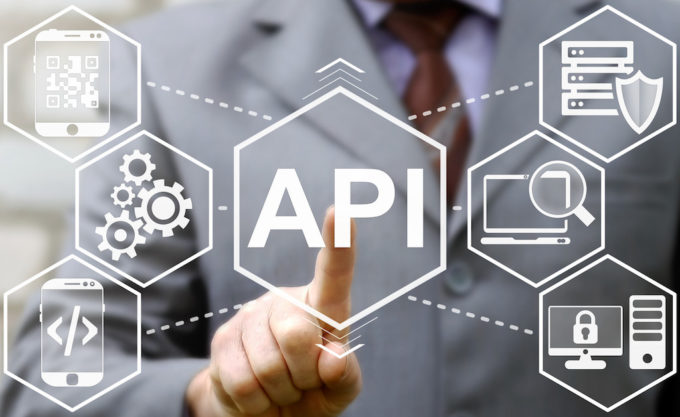 Attackers have learned to defeat traditional ‘moat around the castle’ perimeter defenses. Modern application security tools offer the answer: distributed tracing and AI that understands the app they protect.